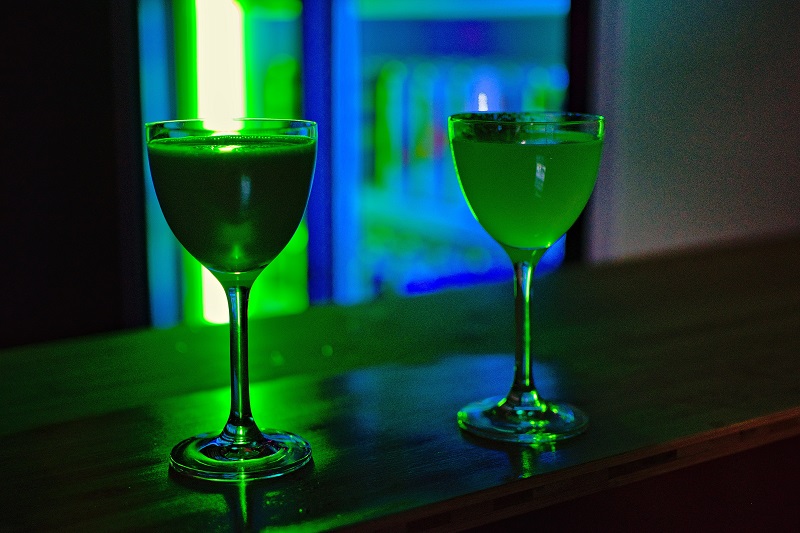 There are many cases in which it is necessary to test people for alcohol consumption, including organ transplants, driver’s license regranting, and more. Traditional testing methods involving hair or urine have obvious and subtle drawbacks, and traditional alcohol biomarkers can't always be used to make finer distinctions between teetotalers, social drinkers, and heavy drinkers or alcoholics.

Phosphatidylethanol (PEth) is a more sensitive alcohol biomarker that can be detected in blood and is currently being studied by Dr. Christophe Stove, PhD, and his team at Ghent University. PEth is already known to be a better, more sophisticated way to measure for alcohol use; Dr. Stove is testing for the variation at which it decreases in the bloodstream over the course of a month, to help improve and fine-tune its usage.

"We wanted to gain more insight into the behavior of PEth in people that normally do drink alcohol that at some point decide not to drink," says Stove. "Setting up a large-scale study like that is not very easy as it's quite complicated to find a large number of people that normally do drink and then spontaneously decide not to drink for a month."

For that, he needed to recruit a large group of people who normally drink but were willing to abstain for a month. Dr. Stove made two decisions which made this much simpler.

He joined forces with Tournee Minerale, a month-long sobriety challenge well known in Belgium. He also took advantage of the power of Volumetric Absorptive Microsampling technology, in the form of Mitra® microsampling devices. The Mitra devices feature a special VAMS® tip that absorbs a precise volume of blood sufficient for analysis. Participants received Mitra devices at home in self-sampling kits and were shown how to easily collect their own dried specimens at different time points over the course of the month. 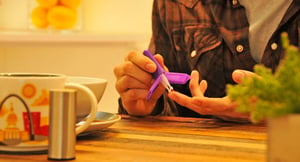 Without VAMS, “there's no way that we would be able to recruit 800 study participants that would all need to come at three time points in one month for a blood draw. That's huge. The recruitment of the participants definitely would not have been so easy. With VAMS, we could just communicate that they don't need to come out of their homes. We send the kits via regular mail and instruct them to sample themselves.”

The benefits of finger-prick capillary blood collection aren’t exclusive to patients. “We have collaborated with centers that do follow-up for people who need to get their driver’s licenses back,” Stove said. “We proposed, ‘Would you consider a finger prick as a possibility?’ And immediately they were quite enthusiastic about it. They considered that more feasible because they could do that without the requirement of medically trained staff.”

Dr. Stove and his team are currently determining the results of the study. “The vast majority of the samples that we got back look good from a technical perspective,” Stove says. “We are busy with the analysis of these thousands of samples that we got back. In the next few months, we'll finish those analyses, and then we'll come out with the actual outcome of the study.”

Even then, some issues around introducing PEth in the driving license regranting process must be overcome. For PEth measurement to gain widespread usage, a large majority of testing centers would need to agree to adopt it more or less simultaneously. If some centers start using PEth and others don't, "you would have centers that are better at catching people that keep on drinking excessively, whereas other centers that would not use this marker would be worse at catching people that drink," Stove says. "The centers that would not use PEth would be, let's say, the interesting centers for the ones that need to undergo testing."

Such are the challenges of process improvement for those working ahead of the curve. As part of the work of cutting-edge organizations such as Ghent University, microsampling technology is making these frontiers of health and wellness more exciting and more accessible, with new breakthroughs in patient monitoring happening more and more often.