5 common ways to test for drugs and alcohol 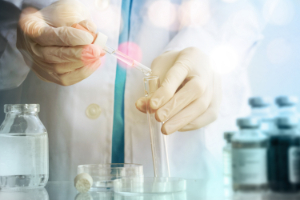 While drug and alcohol abuse affect many aspects of a society, they can be particularly detrimental in work settings. Employees may reduce productivity, causing a company’s revenue to plummet. According to the National Safety Council, employees who abuse drugs and alcohol are 2-5 times more likely to be late or absent, become violent, or sustain injuries.

Many organizations have developed drug-testing programs to detect the use of illicit drugs, alcohol, or prescription drugs. The tests vary depending on state, local or federal laws, and on the substances being tested.

How Long Do Drugs and Alcohol Stay in the System?

The length of time that drugs and alcohol affect the body varies greatly. For example, a high from cocaine lasts 15-30 minutes, but detectable traces may remain in the body longer. A high from LSD (Lysergic acid diethylamide) lasts 6-12 hours. The effects of alcohol can vary. For example, it takes an adult male up to 7 hours to metabolize alcohol to the point where his system returns to a zero blood-alcohol content, or BAC. After consumption, alcohol can be detected in the breath and in blood for up to 24 hours, and in urine for up to 80 hours.

Testing approaches will vary based on the amount of time a substance stays in the body after its effects wear off. Traces of some drugs linger only a few days, while others last for months.

Some factors determining how long a drug remains in the body / system include:

Tests also vary depending on the type of substance or drug being screened, and the types of samples needed for lab analysis. The most common drug test types include:

Due to the invasive nature of traditional blood draws that involve a needle poke in the arm, many labs and other facilities now offer an option for less invasive blood sample collection methods. Volumetric absorptive microsampling (VAMS®) technology involves the collection of small blood samples for analysis.

A portable Mitra® device has been developed to facilitate simple VAMS blood collection. Mitra devices use a finger-prick method to collect blood "microsamples" from a drop or two of blood on the fingertip. This approach is quicker and less invasive than regular blood sample collection techniques like venipuncture.

Lab results from blood tests can be more detailed than urine tests, and reveal more than just the presence of drugs. Researchers have discovered that PEth, a direct biomarker of alcohol, can be detected in even small blood samples, providing robust information. These blood tests can show drug metabolites in the blood, and the actual amount or level of drugs in the blood.

Mitra devices have been shown to collect high-quality samples and are now used in some drug and alcohol treatment facilities to collect blood samples face-to-face with clients. This collection technique reduces the risk of patients tampering with or substituting samples, as occurs with urinalysis.

Law enforcement officers often use the breath test technique to screen for alcohol consumption in drivers. The traffic control officers use a breathalyzer, which tests the exhaled breath and water vapor for blood plasma alcohol concentration. It’s a popular method because collecting the samples is non-invasive and convenient for roadside testing. Based on recent research, future roadside alcohol testing may include finger-prick blood collection, or microsampling.

Drug metabolites enter the blood vessels in the scalp. The hair filters the drugs and keeps a permanent record of the drug use. This means a user who took cocaine, marijuana, or other drugs several months ago will test positive because the drug residues remain in the hair.

Saliva testing is another minimally invasive drug testing method. However, saliva is only useful in testing for recent drug use. For example, saliva testing for marijuana can only provide accurate results if the subject has smoked/used cannabis within 4-10 hours.

The urine test is the most common method used to detect illicit drugs. The "pee-in-a-cup" sample collection is non-invasive; it doesn’t involve the use of needles. Urine samples can contain high concentrations of parent drugs (drugs being tested for) and drug by-products.

However, urine samples are less effective than some other methods at detecting drugs and alcohol because they have a short retrospective period. In other words, a urine test is less likely to detect regular drug use beyond a 48-window period. Another drawback of urine testing is the ease and opportunity for tampering with the samples.