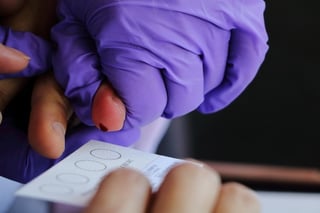 The development of sophisticated biometrics and analytic equipment has led to a trend toward significantly smaller volume blood samples and eliminating the need for special handling and refrigeration. Standard blood draws are usually taken from the medial cubital vein of the arm on the anterior side of the elbow. This vein is relatively accessible and close to the skin.

Typical whole venipuncture blood sample volumes vary according to weight and frequency, but 100ml is the usual one-time draw for a person weighing approximately 100 lbs.

Old-fashioned DBS cards were first used in the 1960s for newborns whose total blood volume was too small for regular blood sampling via venipuncture. The DBS cards were used with a heel-stick method, which was a lifesaver for newborns. The DBS and heel-stick method continues to be used for infants and babies, and a DBS and finger-stick method continues to have value for adults as well. The drop-sized sample, placed on a specially treated card and dried, can be transported without any special handling. This pioneering version of microsampling can be performed from a remote location.

This method requires a specific volume of blood to minimize the discrepancies that exist with the standard DBS samples. While the PCDBS method is as effective as other microsampling methods, the fixed quantity of the sample requires the sampling can only be performed by a trained technician.

Plasma sampling is used only when whole blood analysis is not required. The finger-prick sample can be self-administered. The process relies on an ingeniously designed, multi-layered collection card. Once the blood droplet is placed on the collection card, the patient or technician peels away a top layer after a measured time period. Meanwhile, a plasma spot has formed that is dried and sent off to the laboratory without special treatment.

VAMS® sampling can be self-administered using Mitra® collection devices. The technique requires a single finger-prick droplet of blood, 10-20µL worth, that absorbed onto the VAMS tip of the Mitra device, sealed in a specimen bag and outer envelope, and sent to the lab. 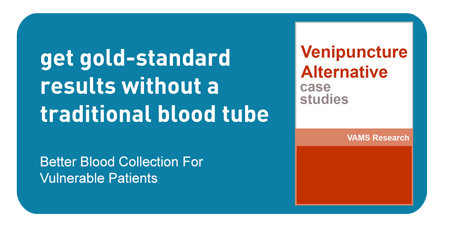