Holmes Trial Verdict: Lessons Learned from the Fall of Theranos 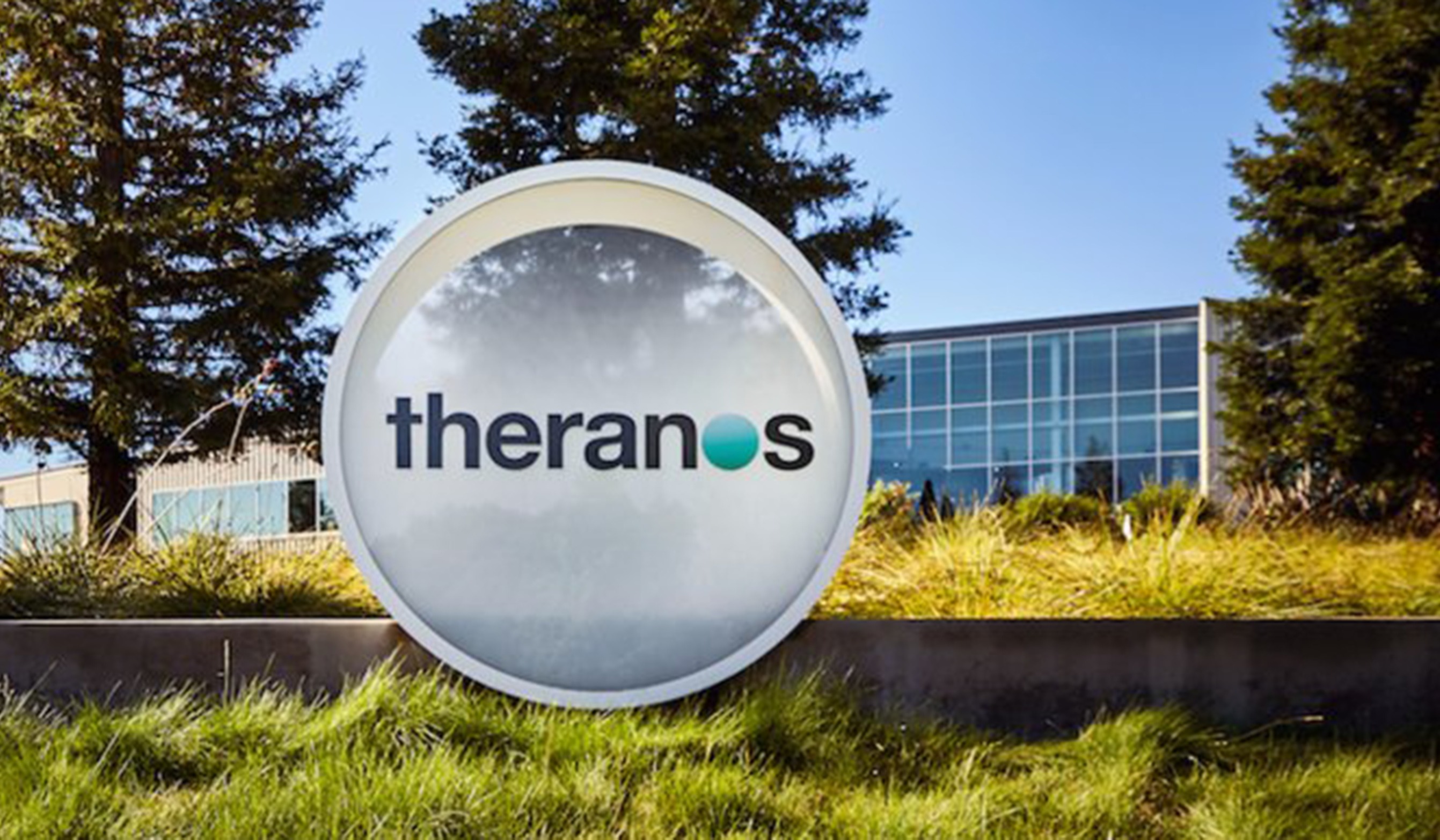 The media frenzy surrounding the 2021 fraud trial of Elizabeth Holmes, the disgraced founder and CEO of blood-testing startup Theranos, has drawn the world’s attention. The Theranos story will gain an even wider audience in March 2022 when “The Dropout” starring Amanda Seyfried as Holmes airs on Hulu. In December 2021, the jury in a San Jose, California Federal Court heard testimony from Holmes’ herself, followed by closing arguments from her defense team and the prosecution. The jury came back with a verdict in early January 2022 – they found Holmes guilty on four of 11 charges of defrauding investors. However, they found her “not guilty” on the additional charges concerning defrauding patients and one charge of conspiracy to defraud patients. It appears that some members of the jury were swayed by the poignant picture Holmes painted of herself as the victim of an all-controlling boyfriend who supposedly clouded her judgement and was behind the shenanigans that led to the fraud charges.

Who has followed the Holmes-Theranos trial story most closely? Those in the medical device and biotechnology industries who develop and deploy blood sampling technologies. Theranos was purportedly developing a miniaturized testing device called “the Edison” based on finger-prick blood collection that would make blood tests cheaper and more accessible. Since Holmes and Theranos first made headlines in 2003 with their claims that much could be learned from “a few drops of blood,” other companies like Neoteryx and Trajan Scientific and Medical have developed microsampling devices of great accuracy and precision to help researchers and healthcare providers leverage remote sampling and move beyond traditional phlebotomy blood draws in a lab or clinic. 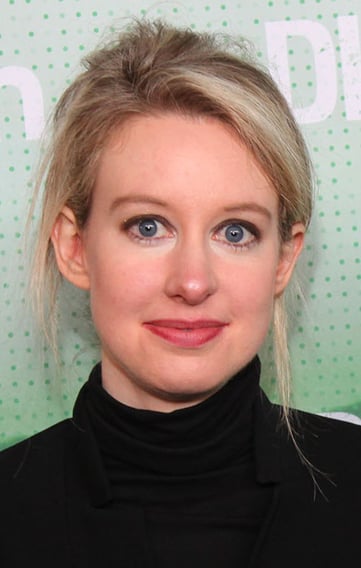 Although Holmes and her company failed to change the world with their Edison technology, the idea they were aiming for was a good one: to replace painful, expensive and inconvenient venous blood draws with a less painful, more mobile and user-friendly alternative that could deliver robust data to researchers and healthcare professionals.

Between 2003, when she founded Theranos as a 19-year-old college dropout, and Q4 2014, when her company was valued at around $9 billion, Elizabeth Holmes claimed that Theranos was changing the world. Edison, Theranos’ proprietary laboratory device, could replace venipuncture with a finger prick and test for hundreds of diseases from a single drop of blood just as accurately as traditional blood testing methods. As we now know, the Edison lab device from Theranos never delivered on this promise, despite Holmes’ claims that it did.

Had the technology worked as advertised, Holmes could indeed have changed the world. Had the company more deftly and appropriately managed expectations for investors and customers (and followed a more realistic product launch timeline), it could have been tremendously influential. Instead, the CEO unloaded her personal shares and tried to fend off litigation after a well-reported exposé from investigative reporter John Carreyrou lifted the veil on the inner workings of a healthcare startup that couldn’t deliver and whose secrecy and “fake-it-till-you-make-it” approach posed potential harm to countless patients. The Theranos catastrophe left the rest of us with a few valuable lessons learned.

Lesson 1: The Importance of Transparency and Congruent Communication

As the CEO of a medical technology company, Holmes should have thought through the secrecy model she had adopted from her idol, Apple founder Steve Jobs. Unlike Jobs, who was working in the computer technology industry, she was working in med-tech, which demands a more ethical and responsible approach to making claims about technical capabilities that will directly impact peoples’ health. It also requires clear and data-driven communications. While she courted media attention and worked overtime to spin the story of her company’s concept, mission and technical approach to healthcare, she never provided much in the way of data or details to substantiate her claims. To this day, it is still somewhat unclear what Edison technology is or how it works. Even her employees were forbidden to communicate with each other about their work.

The jury had to consider whether Holmes’ inexperience and her company’s lack of transparency and cloudy communications were the roots of its eventual downfall or more the result of a deliberate coverup to hide the Edison technology’s shortcomings for the sake of fame and fortune. It is hoped that the jury also considered how the shortcomings and subterfuge of Theranos likely endangered patients and their providers who relied on accurate test results to make critical healthcare decisions.

According to Wall Street Journal healthcare reporter and author of “Bad Blood: Secrets and Lies in a Silicon Valley Startup” John Carreyrou, the Theranos business model and Holmes’ leadership style should not occur in any medical organization. The free flow of information, at least internally, is a cornerstone of any groundbreaking technology – professionals working on all its components need to know what’s going on in different departments throughout the operation.

Rarely can any single person change the world, especially in modern-day medicine. If all of humankind is to benefit from an innovative and disruptive medical technology, new devices need to be extensively reviewed and tested before they are released for commercial use. Even in the startup phase, the more that research and medical professionals use the technology, the more likely they are to find any potential flaws that might expose end-users to harm or lead to unreliable data. These flaws need to be acknowledged and corrected before they impact people’s lives.

A thorough peer-reviewed scientific analysis is critical for any medical technology before it is offered to subjects in research settings or patients in routine medical practice. As it turns out, even Holmes had learned that along the way; as Theranos began its downward spiral, Holmes appointed eight medical and lab experts to its scientific and medical advisory board. Holmes also allowed publications to discuss the company’s “miniLab” product in peer-reviewed literature with oversight by her company’s technology advisory board of experts.

If nothing else, Theranos is the cautionary tale that good concepts don’t always deliver good technology that is safe and effective. It is the story of an opportunity lost due not only to non-compliance with regulatory requirements, but also to steps that were skipped or processes that were rushed. If the test results produced by Edison (and the “minilab”) had been accurate and valid, if quality control standards had been respected, and if qualified personnel had kept proper documentation, Theranos might have rightfully earned its status as a powerful company driving real change in healthcare. A pinch of humility and a cup of honesty on the road to success might have bought the company a few more years to legitimately test and refine the safety and efficacy of its technology to meet regulatory requirements – before its commercial release.

However, by failing to comply with regulatory demands and established quality standards within the industry on the one hand, and knowingly compromising patient safety on the other, Theranos sabotaged its own groundbreaking work. Theranos, and perhaps Holmes, wanted too much, too soon.

A real lesson here is never to compromise on patient safety, especially if your aim is to achieve positive change with technology that is designed to benefit people. Regulations exist for a reason. True innovation means working within the constraints of the med-tech industry and following the rules of the regulatory agencies that ensure medical and biotech companies introducing disruptive technology will put people first, and not make up their own rules and hope for the best.

Despite the bad news about Theranos, the good news is that thanks to the hard work of many scientists and innovators, blood microsampling technology has advanced remarkably in recent years. While a mobile “minilab” hasn’t yet reached the healthcare market, there are effective sampling devices now available that make remote blood collection possible for patients and research study subjects. A few drops of blood collected with a Mitra® microsampling device or a hemaPEN at home or in the field can provide a precise sample that delivers data to help research scientists identify biomarkers of disease or physicians monitor their patients’ health remotely.

Regardless of the questionable actions of Holmes and the outcome of her fraud trial, the value of remote specimen collection technology that simplifies specimen testing and delivers precise and reliable data should not be overlooked. If medical device and biotechnology companies maintain a high ethical code and comply with regulatory requirements during all phases of development, specimen microsampling will continue to thrive and may indeed change the world.

Will the fall of Theranos cast doubts on the value of blood microsampling? Leaders in the microsampling industry emphatically state that it should not. A few hours after the verdict of Holmes’ fraud trial made headlines on January 3, 2022, Trajan CEO Stephen Tomisich posted this message on his LinkedIn page:

“There is no place in science to 'fake it till you make it'! While Theranos may now be in its grave, the damage of this episode continues with many incorrectly concluding what is and isn't possible with blood microsampling. Today there are many enterprises pursuing decentralized healthcare systems, including blood microsampling strategies [that, like Trajan’s,] are science based and driven to deliver better health outcomes for society."

About Trajan Scientific and Medical
Trajan is a global developer and manufacturer of analytical and life sciences products and devices founded to have a positive impact on human wellbeing through scientific measurement. Trajan enables scientific solutions that are more selective, sensitive and specific for biological, environmental or food related measurements – where analytical measurement quality can impact human wellbeing. Trajan focuses on emerging technologies that offer portability, precision, miniaturization and affordability, for the greatest benefit to society. To learn more, visit www.trajanscimed.com.

Visit our library of more than 200 scientific journal articles and presentations that provide data illustrating the efficacy of microsampling in science and medicine:  https://www.neoteryx.com/analytes-detected-vams-microsampling