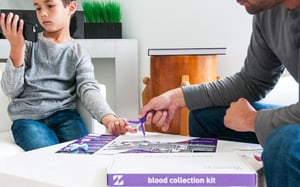 Clinical trials must run smoothly to facilitate the development of new drugs. These trials must be conducted under specific guidelines to abide by the law that protects both the test subjects and the companies conducting trials. Below is a summary of the new Draft FDA Guidance on Pediatric Clinical Assays.

When conducting a neonatal study, it is essential to come up with a pediatric study plan (PSP) which should include an outline of the study intended, any requests for waivers along with their supportive documents, and other recommended information in the relevant FDA guidance. The guidance recommends categorizing of the neonatal population into subgroups when designing the clinical trials. The classifying factors may include; gestation age (GA) at birth and the weight at birth. Other factors like Small for gestational age (SGA) neonates and large for gestational age (LGA) neonates may also be considered.

Before going into the initial clinical studies, it is vital to assess the information available on the mechanism of action, and pharmacokinetics (PK) of the drug. These are factors crucial in predicting the response to the drug in question or its metabolites. The information may be useful in developing models as well as performing simulations before conducting the actual studies on the neonates. This is also important in preventing any potential safety issues for the neonates.

Historically, in many cases, pharmacokinetic studies include intensive blood draws. This cannot be the case for neonates because of the limited amount circulating in their system. Several recent reports indicate that dried matrix spots could be a potential methodology for collecting biological specimen. Dried blood spot (DBS) technology is one of dried matrix spot methods, commonly used to collect blood samples in the neonatal population. Its minimized invasiveness, and low blood volume requirement makes it appropriate for the population. However, the method requires bioanalytical validation, which reduces limitations associated:

"From a feasibility perspective, recent literature reports suggest that dried matrix spots represent a potential methodology for acquiring biological samples. Dried matrix samples consist of a collection of biological fluid on blotting paper and typically require low volumes. There are several dried matrix spot methods which can include dried blood spots (DBS), dried urine spots (DUS) and dried plasma spots (DPS). The most common dried matrix spot used in the neonatal population is DBS. Its minimally invasive sampling technique, the low blood volume required, and the ease of sample storage and handling are potential advantages of DBS. When using such an approach, bioanalytical validation should be conducted. (see Bioanalytical Methods). If considering using such an approach, sponsors should initiate discussions with the FDA."

At this age, the neonates undergo varying and rapid maturation rates, making the collection of clinical information challenging.

Other factors to be considered include general approaches in ensuring safety and effectiveness in neonates, dose selection, formulation, sample size, and sampling. Additional considerations include the bioanalytical methods, data analysis, clinical study report, data submission, as well as the ethics governing the field.

"Some considerations for the bioanalyses of dried matrix spots include: the required hematocrit (for DBS), the need for validated methods, the stability of the drug, the variability of the method, and the homogeneity of the blood spot. However, standardized sample acquisition collection, proper testing techniques, and validated methods can reduce the number of limitations associated with the biomatrix."

Receive micro sampling collection news, tips, and tutorials as they are published