microbiome biomarkers: what’s going on in your gut? 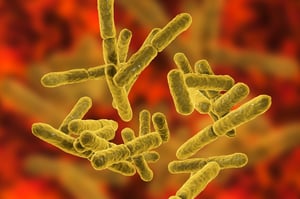 The makeup of the human body is determined by genes. For every human gene, there are hundreds of corresponding bacterial ones. This is what is referred to as your “microbiome.” The microbiome has a huge impact on your health, including your digestive system and more.

As much as these bodily bacteria affect you, you also influence the species of bacteria residing in your body, by food intake, other decisions you make, and the way you were born. Your body is like an entire planet for the microbiome. So it has different “ecosystems” where different bacteria are found in various parts of the body.

For example, research by Elizabeth Grice found species of microbiome on the skin from at least 205 genera. This contrasts what was found on other parts of the body, like inside ears or nostrils.

Despite the vast amount of microbiome species found on the skin, this is nothing compared to the ones in your bowels. Your intestines host more bacteria than any other part of the body. Research lead by Junjie Qun and Ruiqiang Li concluded each bowel in a human body carries at least 160 species of bacteria and the entire gut has around 3.3 million bacteria genes.

How does this affect your overall health?

Microbes are like a non-existent organ of the body. They harvest energy from the food you eat and then channel nutrients to your body. They also play a part in preventing the growth of harmful bacteria. However, if not controlled, bacterial overgrowth can cause health issues, including obesity and bowel disorders.

New research from Yale found bowel bacteria alters the efficacy of medication. The research tested 271 drugs taken orally against seventy-six strains of bacteria. Approximately 180 drugs were affected by at least one strain of bacteria. The 76 strains changed between eleven and 95 drugs. This means the efficacy of orally ingested drugs is affected by the microbiome in your body.

It has also been found that certain species of bacteria are active during specific times of the day. This means that the time you take medication is crucial; drugs taken in the morning may be less effective if taken in the evening.

Understanding each individual’s microbiome is crucial in therapeutic drug monitoring, actualizing the potential of personalized medicine, and moving in a new direction of smarter healthcare.