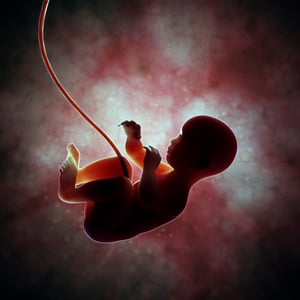 Advances in blood analysis technology enable researchers to identify possible biomarkers of health conditions before the onset of symptoms through a maternal fetal blood test. One such condition is pre-eclampsia (PE), a dangerous complication in high-risk pregnancies that is characterized by high blood pressure. PE is a multi-system progressive disorder that can occur after 20 weeks of pregnancy in women whose blood pressure has previously been normal. The condition affects 5% of pregnant women worldwide and can potentially lead to death for the baby and the mother.

Severe pre-eclampsia causes the mother to develop seizures, strokes, and organ failure. Unfortunately, the problem can only be diagnosed after the patient has developed high blood pressure, often with secondary symptoms, such as swollen legs and water retention. This means treatment is always reactive and, in most cases, the only remedy is a pre-term delivery.

The cause of pre-eclampsia remains unclear; hence the need for researchers to develop better methods for diagnosing or predicting the risk of developing the condition early on, possibly even before the first trimester screening. Studies to define biomarkers for PE diagnosis and treatment have been conducted for many years.

Maternal characteristics like age, history of PE in previous pregnancies, and parity have also been recognized as possible risk factors for developing the condition. However, these factors don’t provide a holistic view of a woman’s likelihood of developing pre-eclampsia.

In studies dating back to 1979, research reports showed aspirin could potentially reduce the risk of developing pre-eclampsia. However, the clinical trials were contradictory; the drug’s benefits were small or nearly non-existent, especially when administered during the 20th week of pregnancy.

Recent studies show that circulating RNA (ribonucleic acid) in the blood can be used to identify women who are more likely to develop pre-eclampsia. Circulating RNA (cRNA) plays a critical role in many cellular processes, including gene translation, splicing, regulation, and more.

RNA can be purified from the plasma of women during their first trimester in sufficient amounts for accurate quantification and identification. It is this feature that makes RNA useful as an early diagnostic tool to identify potential biomarkers for PE. Researchers can use RNA sequencing analysis to identify changes in the circulating RNA in maternal blood samples during the first trimester and compare test results with normal pregnancies to identify women who are more likely to develop pre-eclampsia.

A recent RNA study was conducted by a group of scientists led by Fiona Kaper, PhD, the senior director of scientific research at biotech company Illumina. Dr. Kaper and colleagues wanted to determine how new RNA-based tools can assess the risk of developing pre-eclampsia.

According to their recent study paper, they collected blood from 40 pregnant women who exhibited early signs of developing severe pre-eclampsia. They also conducted maternal-fetal blood testing on 73 healthy pregnant women. Upon studying each woman’s circulating RNA, the team found 30 samples that had altered expression patterns.

The research team also used a machine algorithm to identify genes with altered expressions. They found 49 of them altered. The researchers further classified an independent cohort of 24 women; 12 of whom exhibited early signs of pre-eclampsia, and 12 without any signs of the condition. They tested the accuracy of the 49 suspected genes with the aim of identifying a model that can help predict the condition. They discovered the model predicted women with the condition with 85-89% accuracy, just as in previous studies.

While the study may be biased due to the relatively small number of participants involved, cRNA screening via blood testing represents an important step toward the early detection of pre-eclampsia. This study may pave the way for future serology studies of maternal-fetal health that leverage remote blood collection devices, such as the Mitra® device, to enable safe and convenient remote patient monitoring.

This is curated content. To learn more about the research behind this news update, please view the original source materials included here: