what diseases can be identified through blood sampling? 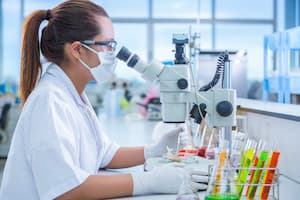 That's why doctors recommend going for a blood test at least once a year as part of an annual health check-up. Lab analysis of blood samples provides information about body changes over time and their impact on your health, even when you have no symptoms.

Why Blood Testing Is Important

Blood testing is used to identify other diseases as well.

If your doctor suspects you have cancer, a series of tests will be ordered, including a blood test. Apart from blood cancer, blood tests alone can’t be used to determine cancer. The tests only show cancerous proteins, cells, or other substances.

Examples of such blood tests include:

When the heart muscles are damaged, the heart releases certain proteins and substances into the bloodstream. Blood tests are performed to measure the levels of these substances circulating in the blood, and can indicate the extent of the damage.

The most common blood test used to diagnose heart disease is the cholesterol test, which measures the number of fats in the blood and the risk of developing heart disease.

A blood test can also be used to show the triglyceride level, another measure for identifying a patient’s risk of developing heart disease. The normal triglyceride level should be less than 150 mg/dl. Higher levels indicate your body is accumulating more calories than it can burn.

A blood test is used to determine if a person is infected with the Hepatitis C virus. The test is also known as the HCV antibody test; it looks for Hepatitis C virus antibodies in the blood. Other Hepatitis C tests include the HCV RNA test and the HCV genotype test.

Several blood tests are used to test for the AIDS virus. They include:

How Blood Tests Are Performed

Venipuncture has been the traditional method for performing blood draws, whereby a phlebotomist punctures a vein in your arm to collect tubes of blood that will be sent to the lab for blood tests. However, new blood collection methods, such as the finger-prick method to gather a few drops of capillary blood, have proven effective as alternatives that can provide accurate blood tests results.

The finger-prick technique is designed for dried blood spot testing. This approach is less invasive than venipuncture, doesn't require cold storage or shipping, is cost-effective, and requires only a small blood volume for analysis. This technique, which can be performed with a Mitra® device, is also known as “capillary blood sample collection” or "volumetric absorptive microsampling (VAMS®)." The Mitra is a small device with an absorbent tip that is designed to absorb a tiny, precise volume of blood.

Note: While fingertip capillary blood collection for dried blood testing can be used to replace many tests that previously relied on wet blood samples, it can’t be used to perform complete blood count, or CBC. This test is used to identify cancerous cells, and still requires a wet blood sample for analysis.

DBS and VAMS samples have proved effective for:

Analysis of a Blood Sample

Once a blood sample is collected, it’s sent to lab technicians for processing and analysis to help identify diseases. While some diseases require additional testing information to confirm a diagnosis, blood tests can help identify potential problems early, when treatment or lifestyle changes are likely to be most effective.

To find a lab that is equipped to handle remote blood testing and analysis...