In the US, use of the Mitra device with blood is limited to research and non-diagnostic applications. In many countries outside the US, the Mitra device is approved as a remote blood sample collection device for some clinical applications, as referenced in some content.

remote sampling and virtual clinical trials: a glance into the future 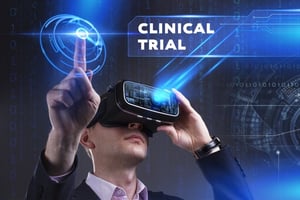 When Nebuchadnezzar was King in Babylon, he tried to force Daniel and three companions to eat the royal diet of wine and meat. Daniel refused and the King let him eat nothing but vegetables and water. After ten days, Daniel looked better nourished than his three friends. The King changed the royal diet. This was probably the first clinical trial.

In 1747, ship doctor James Lind tried an experiment on men with scurvy. He divided them into groups and gave each group a different remedy - such as vinegar, cider, sulfuric acid mixed with alcohol, and oranges. The men who received two oranges a day were ready to get back to work in a few days. Shortly thereafter every ship carried oranges or limes to prevent scurvy.

Since then clinical trials have evolved into complex randomized, double-blind experiments, carefully regulated to prevent patient harm and assess efficacy. But while the scientists are concerned about patient safety, patient inconvenience is also an issue. Patients have to drive miles on their own time to research centers or laboratories for tests. They have to sit in uncomfortable chairs in waiting rooms, bored and restless and thinking about what they could be doing at home. These considerations create issues around adherence, compliance, and subject retention and can potentially cause participants to drop out of studies.

Now there's a new concept: the virtual, siteless clinical trial. Participants do not have to travel to distant centers. They do their own testing at home. They report outcomes to the scientists using smartphone apps and the technologies of telemedicine.

One of the most difficult aspects of clinical studies has always been finding the requisite number of appropriate patients. That just got much easier. No matter where they are, the new technique can enroll them. Geography is not a problem. And the time necessary to comply with the study is minimal compared to standard clinical trials.

One very important advance that can significantly streamline the new wave of virtual clinical trials is microsampling. Instead having blood collected in a laboratory or clinic, participants themselves draw 10, 20, or 30 µl from a drop of blood, obtained by finger-stick. The blood is collected in containers that are then mailed to the center. The result: less pain, less stress, less time, and less blood. And patients prefer it.

Welcome to the modern era of clinical trials that not only advance medicine and knowledge, but make their subjects' lives easier as well.

Drop us a Line

The Mitra Device is a single-use, non-sterile device used as a specimen collector and for the storage and transport of blood or other biological fluids. It is designed to be used by laboratory and healthcare professionals, or end-users as a container to collect and transport blood or other biological fluids. It is not specific to any clinical test, and is not for use in diagnostic procedures. Use of the Mitra Microsampler in Laboratory Developed Tests (LDTs) requires further processing including the establishment of performance characteristics and successful validation by the laboratory in a manner consistent with CLIA and/or other regulatory requirements.
The Mitra Microsampling Device is a FDA listed Class 1 exempt device, CE-IVD self-certified in the UK and EU, a Class I IVD in Australia, and registered with Health Canada. Neoteryx operates a Quality Management System (QMS) that is based on FDA good manufacturing practices, 21 CFR 820 regulations, and ISO-13485.
Copyright © 2019 Neoteryx, LLC. All rights reserved.