An article published by Arnau Vidal et al at Ghent University, Belgium in the May 2021 issue of Toxins reported on a method for analysis of 24 mycotoxins found in popular food and drinks. The paper is entitled “Volumetric Absorptive Microsampling as an Alternative Tool for Biomonitoring of Multi-Mycotoxin Exposure in Resource-Limited Areas.” It describes a method where dried blood samples collected on Mitra® devices based on VAMS® technology were compared to wet blood samples and then tested on 20 exposed blood samples. There were no “missed cases” of mycotoxin exposure observed with the VAMS extracts, which led the authors to conclude that VAMS finger-stick sampling may serve as a viable alternative to conventional venous sampling to evaluate multiple mycotoxin exposure. 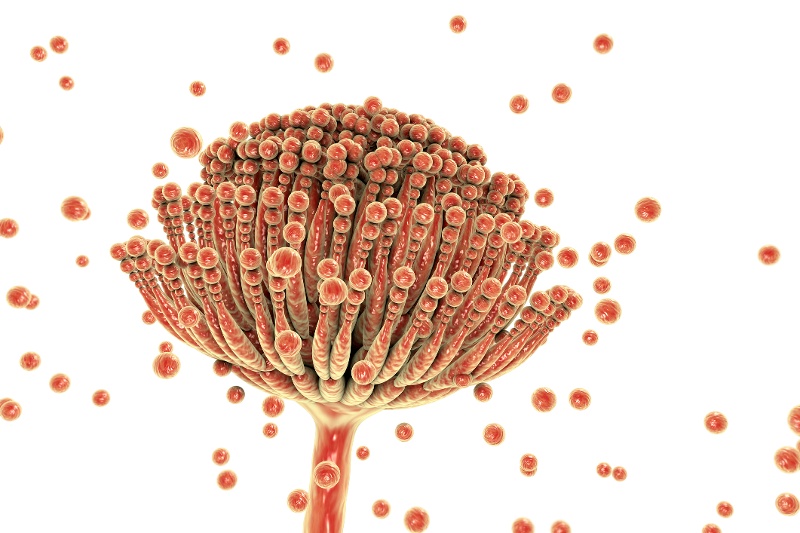 As the name suggests, mycotoxins are naturally occurring toxins or chemical products synthesized from molds such as Aspergillus flavus and Aspergillus parasiticus. The toxins produced from molds can be found in a wide range of food and drinks, including fruits, nuts, coffee beans, grains and their related foods, such as cereals, baking products and pasta as well as beverages. Mycotoxins in these products can be hazardous to health and have been linked to a number of health concerns such as inflammatory complications, autoimmune diseases, and cancers.

Mycotoxins can occur in high concentrations in fungi, such as mushrooms, causing acute toxic effects. For example, the mortality rate after ingesting a certain dose of the mushroom Amanita phalloides, ranges from 25-50%. Furthermore, it has been reported that 250,000 deaths linked to exposure to Aflatoxin (found in foods such as nuts) are recorded annually in China and Sub-Saharan Africa. As a result, population monitoring of mycotoxin exposure is an important tool for public health to evaluate risk.

Accessing blood samples in low- and middle-income countries to monitor mycotoxin exposure is difficult due to the scarcity of equipment and challenges with expensive cold chain shipping. Dried blood samples are a less expensive alternative because samples can be collected in remote areas without equipment and shipped at room temperature to centralized labs for testing.

The authors of the mycotoxin study at Ghent University reported that hematocrit biases have been reported in the literature for standard dried blood spot (DBS) sampling on filter paper. However, due to the volumetric nature of sample collection via Mitra devices with VAMS, the team commented that HCT independent extractions had been previously demonstrated for a wide range of analytes. Therefore, it was surmised that this technique would show a benefit over traditional DBS.

There are around 350-400 differing mycotoxins showing a wide heterogeneity of physicochemical properties. However, there are a number of papers showing that LC-MS/MS can be used to simultaneously measure mycotoxins. So, the team used a multiplex LC-MS/MS assay to measure mycotoxins from both wet and dried blood matrices.

When developing methods on dried blood, care must be taken to focus on the dried hematocrit matrix. Extraction methodologies must be optimized for all analytes developed and this is dependent, amongst other parameters, on the physicochemical properties of the analytes. Developing multiplex assays on mycotoxins is a challenge due to the wide physicochemical properties observed. Therefore, the authors of this study must be commended for developing an extraction method which delivered high extraction efficiencies for many of the diverse molecules tested. Moreover, hematocrit independence for all analytes tested was shown.

This work has provided a method that has the potential to act as a stable screening tool for mycotoxins in resource limited areas, which will help to identify at-risk populations to allow for appropriate interventions.

This study paper was summarized for our readers by James Rudge, PhD, Neoteryx Technical Director. This is curated content. To learn more about the important research outlined in this review, visit the original article published in the journal, Toxins.

You can access this paper and others on studies that apply microsampling in our Technical Resource Library.