Animals have been used for millennia as experimental subjects. 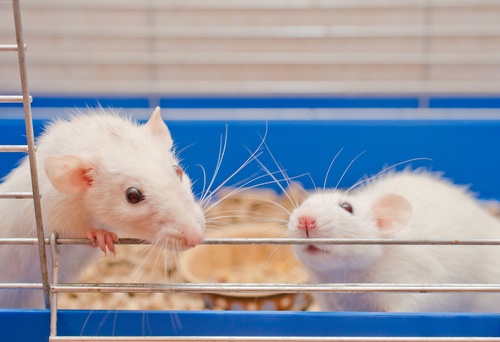 In the 1600s, William Harvey demonstrated that blood is circulated throughout the body by using animals; establishing the existence of blood pressure by the twentieth century.

The beginnings of pharmacology and physiology, and the understanding of hemodynamics all have their roots in animal testing. And by the twentieth century innovations in medical science exploded due to animal experimentation. Like Pasteur and Koch’s introduction of germ theory which consequently introduced the concept of sterilization to the world.

Bacterial diseases began to be conquered by the introduction of antibiotics, which had evolved only because of the use of animal research by scientists like Alexander Fleming. What had once been deadly illnesses became bumps in the road.

Vaccines multiplied, and thanks to Jonas Salk and the animals he used, the word polio no longer struck terror in the hearts of parents. Diphtheria, tetanus, mumps, measles, and rubella went the same way. Smallpox was eradicated from the natural world.

Surgical techniques were developed and refined with the use of animals. Hip and other joint replacements became possible for people with severe arthritis and constant pain. Arteries clogged with plaque could be opened. Kidney dialysis would not have happened without animal research. Organ transplants had to be done in animals long before they could be done in people.

Just about every medication has a history of animal experimentation, from antihypertensives to chemotherapy to thyroid hormones to vitamins. Even radiology has benefited from animal research especially in the development of CT and MRI scanners.

But humans are not the only ones to prosper. Veterinary medicine and animal husbandry have seen great advances from using animals to test drugs that have saved other animals.

Countless mice, dogs, monkeys, sheep, and other animals have helped to create innovations in medical science and have saved many human lives.

Now, technological and practical advances are making animal testing more efficient and more humane, with the proliferation of the "3Rs" allowing for further experimentation but with less harm to animals. Find out how the use of microsampling technology in preclinical research is an important breakthrough in this process.