immunoassays: extractions you can use with dried samples

As the COVID-19 crisis continues to wreak havoc on public health, international relations and the world economy, all eyes are on our research scientists in the hope they can develop more effective SARS-CoV-2 tests and insightful data. To do this, laboratories around the globe are rapidly developing immunoassays for COVID-19. Several labs have successfully on-boarded Mitra® microsampling devices with VAMS® technology from Neoteryx to conduct testing on a variety of analytes, including immunoglobulins. A question raised by researchers considering this technology and using dried blood samples is: How can I optimize extraction methods to achieve strong signals and stable extracts when running an immunoassay?

To answer this question, we looked at several study papers in peer-reviewed publications to provide a summary of research studies using extraction methodology for Mitra remote blood sampling devices in ligand binding assays.

Described in a research paper from M.S. Zand, MD, PhD, et al at the University of Rochester Medical Center, Clinical and Translational Science Institute (UR CTSI), this study was aimed at quantifying anti-hemagglutinin antibodies for more than 30 strains of influenza.

According to their article in the December 2019 issue of the Journal of Clinical and Translational Science, the UR CTSI research team used an mPlex-Flu assay—a novel, high-throughput assay that simultaneously measures the concentration of antibodies against the hemagglutinin (HA) proteins from multiple influenza virus strains with ≤5 µL of serum. The team combined these two methods to measure multidimensional anti-influenza IgG activity in whole blood samples. They used Mitra® microsampling devices with Volumetric Absorptive Microsampling technology, with correction for serum volume based on simultaneous hemoglobin measurement.

They compared serum samples collected by traditional phlebotomy to capillary blood samples obtained with a finger-stick method using the Mitra with VAMS device. The research team found that results with the two sampling methods were highly correlated across all influenza strains (mean R2 = 0.9470). They adjusted for serum volume, based on hemaglobin measurement, to estimate serum volume of samples and improve the accuracy.

IgG measurements were stable over three weeks when Mitra samples were stored at room temperature or shipped to the lab. Researchers found that when volunteers self-managed blood collection at home using Mitra devices, the results of anti-HA antibody concentrations in their samples were highly consistent with samples collected on-site by study personnel (R2 = 0.9496). The researchers concluded that at-home blood collection by study subjects can provide a simple, accurate, and low-cost means for monitoring the IgG anti-influenza HA antibody responses in large population studies and clinical trials.

The objective of this study was to assess concentrations of biopharmaceuticals, such as immunosuppressives and other therapeutic drugs. The research team investigated sampling capillary blood using the Mitra® device from Neoteryx as an alternative to traditional venipuncture and dried blood spot (DBS) collection on filter paper. They spiked therapeutic monoclonal antibodies in whole blood, sampled them using both filter paper and Mitra microsamplers, and measured concentrations using specific ELISAs.

At one month of sample storage at room temperature, the research team found good recoveries of adalimumab, infliximab, ustekinumab, vedolizumab, tocilizumab, natalizumab and rituximab, averaging 95.2% for the Mitra microsampler and 92.9% for Whatman® paper. Both hemoglobin and potassium yielded satisfactory estimates for the volume of the cellular fraction of blood samples in combination with the Mitra microsampler. Using capillary blood microsampling with Mitra, the research team established practical protocols for the estimation of serum/plasma concentrations of therapeutic antibodies.

In this paper published in the March 2018 edition of the Journal of Diabetes Science and Technology, Charlotte Jones, PhD, et al from the Diabetes Research Unit Cymru at Swansea University in the United Kingdom discuss a pilot study on the effectiveness of microsampling collection of capillary blood for measurement of C-peptide in diabetes mellitus. The researchers found that using Mitra with VAMS technology offered reduced sample volume and eliminated the need for phlebotomists.

In diabetes mellitus, circulating C-peptide is commonly used as an indicator of endogenous insulin secretion and clinical measurement can aid in both diagnosis and therapy. The researchers collected samples simultaneously using two microsampling methods (DBS and Mitra with VAMS). They extracted blood from both microsamplers prior to assaying for C-peptide, alongside capillary blood they had collected into capillary tubes that were centrifuged for plasma samples. They used specific immunoassays. The results they obtained from microsampling compared to the reference plasma concentrations. They determined stability by collecting duplicate DBS and VAMS samples and assaying both in a single assay after storing one at −20°C immediately and one at room temperature for 48 hours post-collection.

The Swansea University team concluded that C-peptide collected using DBS and VAMS showed good agreement with reference plasma concentrations, suggesting both are an effective microsampling method for collection and measurement of C-peptide.

The current medical literature doesn't include papers on methods for using Mitra® in conjunction with lateral flow immunoassay. However, researchers have used approaches with whole blood where blood is diluted in buffer and the buffer is added to a lateral flow device. To combine Mitra sampling with lateral flow immunoassay, a possible method is to drop a Mitra tip (10 μL) into buffer (100 μL) as described in the C-peptide paper for ELISA. Likewise, allow the blood to soak in buffer for one hour in order to produce blood water, and then centrifuge. The supernatant (50 μL) could be added to the lateral flow device. 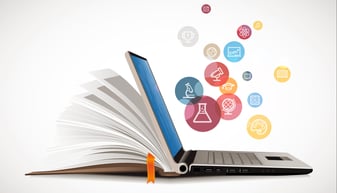