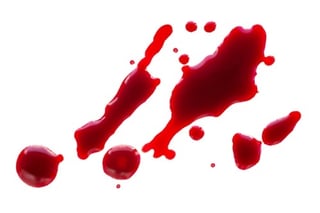 Even with strict procedural guidelines and handling safeguards in place, errors in the shipping, handling, and storage of blood samples can cause considerable stress and put people at risk.

The causes include simple identification errors, improper collection procedures, mislabeling patient identification, or botching blood handling methods, and mixing up or losing specimens. On the diagnosis side, sample contamination and misinterpretation of results have kept malpractice attorneys busy for decades.

Lab Manager cites the five most common mistakes in handling blood and other biosamples. They include:

Blood sampling, handling, testing, and diagnoses can go wrong and create severe, unintended results. A Milwaukee Journal Sentinel article reported a list of events that occurred as a result of inadequate handling procedures and subsequent misdiagnoses.

According to the College of American Pathologists (CAP), most blood handling errors occur in the preanalytic stage at the time the samples are taken. The CAP has established protocols for laboratories now to reject any sample label that is mismatched with the corresponding requisition, incomplete, partial, or in any way questionable.

Mitra devices are intended as a specimen collector and for the storage and transport of biological fluids. They are CE-IVD self-certified in the UK and EU, a Class 1 IVD in Australia & China, Class B in South Africa, and registered with health agencies in Canada, Thailand, and Ukraine. In the United States, Mitra devices are for Research Use Only (RUO). In some countries, Mitra devices may be used in clinical diagnostic laboratory systems after the laboratory has validated their complete system in compliance with relevant rules and regulations. Neoteryx operates a Quality Management System (QMS) that is based on FDA good manufacturing practices, 21 CFR 820 regulations, and ISO-13485.