a brief history on the remote patient monitoring system

The remote patient monitoring as we know it started when the first two physicians consulted over a telephone, probably in the 1800s. (Consultations may have been carried out by smoke signals and heliograph before the telegraph, but there is no documentation.) 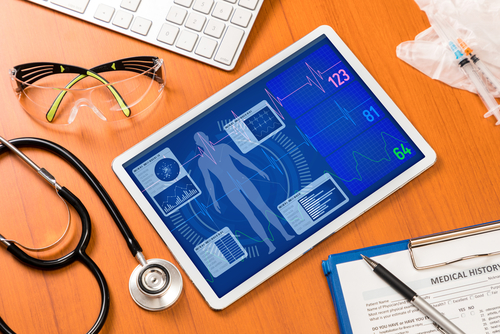 Then came the ultimate in remote monitoring - space. Alan Shepard flew the spacecraft Freedom 7, becoming the first American in space in May 1961. The only monitoring available was a primitive EKG, a respiration sensor in his microphone and a thermometer. His physicians relied mainly on his preflight exams and his voice, as well as his own evaluations in flight.

A blood pressure monitoring device was developed for the orbital flights, but the astronaut didn't turn on the system on the first flight, and the machine was not properly calibrated on the second. On the last two Mercury missions, the BP monitor worked perfectly.

In the 1970s a remote monitoring program was developed to oversee healthcare at what was then called the Papago Indian Reservation in Arizona. The sponsors of the program were Kaiser Foundation and Lockheed. The program experienced numerous problems and was discontinued in 1977, but NASA used the knowledge gained to improve their space technology.

By 1980 transmitting X-ray images became routine. The field shifted in the 1990s with the development of the internet. The internet explosion left old-school telemedicine behind. Not until the broadband infrastructure became available did telemedicine take off.

Now remote monitoring means more than just telecommunicated examinations and consultations, more than sending X-rays and CT and MRI scans and lab data. Now patients can stay in their own homes and still receive quality healthcare.

Even blood work can now be done remotely by a technique called microsampling which requires only a drop of blood from a fingerstick. The blood is collected and sent to the laboratory by mail, eliminating long drives and painful blood drawing at the lab. Life is getting easier for many patients through the technology of remote monitoring.