An article published in the September 2021 issue of the Journal of Pharmaceutical and Biomedical Analysis, reported on the use of dried urine samples for the measurement of banned peptide hormones in athletes. The paper, entitled “Enhanced urinary stability of peptide hormones and growth factors by dried urine microsampling,” quantitatively measured 13 peptides using HPLC-MS/MS. The research team, led by Michele Protti et al in the Pharmaco-Toxicological Laboratories (PTA) at the University of Bologna, conducted a thorough analytical validation comparing two dried urine sample types: dried urine spot (DUS) and Mitra® devices with VAMS® technology to traditional wet urine samples. A key finding from the paper was that there was improved stability of peptides in dried urine stored at room temperature compared to wet urine stored at -80° C.

Background on Detection of Peptides Used in Doping

A report from the World Antidoping Agency (WADA) in 2019 showed that there has been an increase in the number of adverse analytical findings (AAFs from Erythropoiesis Stimulating Agents (ESAs), Growth Hormone (GH) and Growth Hormone Releasing Factors (GHRFs). These naturally occurring peptides act to improve athletic performance through influencing a number of metabolic and biochemical pathways, such as stimulating muscle growth and improving cardiac performance. Because they are naturally occurring substances, the detection and quantitation of doped peptides is very challenging and requires state-of-the art analytical instrumentation and the development of novel methodologies.

One way to detect and quantitate peptides is to measure transgenic DNA in blood samples, which was discussed in a previous blog review of a study where transgenic erythropoietin (EPO) DNA had been successfully detected from dried blood on Mitra devices. Although dried blood makes for an attractive matrix to detect many banned substances, as discussed in a recent paper by the Drug Control Centre in the UK measuring anabolic steroids from Mitra dried blood samples, the most popular matrix for measuring banned substances is urine. Urine has the benefit of being non-invasive and straightforward to collect compared to blood, which typically requires a trained phlebotomist to perform a venipuncture blood draw.

While urine is an attractive matrix for use in doping screens, it has number of drawbacks. The first is that it can be easily tampered with, which has led to reported state-sponsored doping scandals in recent years. Furthermore, like many wet matrices, certain analytes (e.g., peptide hormones) are unstable in wet urine, requiring the need to freeze urine samples at the point of collection. This leads to costly logistical challenges.

The work conducted by Protti et al shows the promise of using DUS or VAMS as alternative matrices that are more difficult to tamper with, show good peptide hormone stability at room temperature, and are much easier and less expensive to transport from a logistical standpoint.

This important piece of work published by Protti et al illustrated the importance of using dried samples for a more efficient and stable collection of urine in antidoping applications. Use of dried urine samples can also minimize costly logistics and transportation. It was suggested in the paper that dried samples would be more difficult to tamper with, a concern previously expressed by WADA. The major drawback to the assay was the lack of sensitivity observed, and the researchers suggested using other technologies to improve on this. Indeed, it may be argued that using a different LC-MS/MS instrumental setup may help to boost sensitivity.

In conclusion, due to the diligence of labs such as the PTA Lab at the University of Bologna, new methodologies are showing that dried urine samples can be excellent and even superior alternatives to traditionally collected wet samples. Given the increase in AAFs, as reported in the 2019 WADA report, any process that can improve logistics and sample security would be a welcome addition to the box of tools being used in the battle to fight sports doping.

This study paper was summarized for our readers by James Rudge, PhD, Neoteryx Technical Director. This is curated content. To learn more about the important research outlined in this review, visit the original article published in Journal of Pharmaceutical and Biomedical Analysis.

For more information on dried urine collection and analysis, see below. 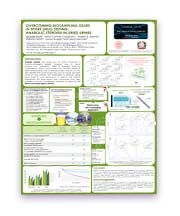