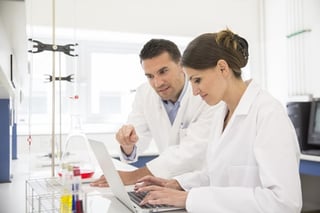 Clinical trial research is hardly limited to the US, UK, Canada, etc. From Austria to Zimbabwe, universities and pharmaceutical companies are gearing up to start their own trials. Some of these trials have exciting applications in the treatment of cancer and other stubborn diseases.

1. Certain cancer cells, especially renal and bowel cancers, can mutate and lose the protection of a gene, called SETD2. Astra Zeneca has developed an experimental drug called AZD1775 with the quality of "synthetic lethality." The new drug works on the mutated cancer cells' weaknesses, resulting in the death of the cancer cells with very few toxic side effects.

2. Multiple myeloma is a bone marrow cancer, specifically of plasma cells, which produce antibodies. Pembroluzimab is a monoclonal antibody that can identify multiple myeloma cells so that the patient's T cells can attack and destroy them. The drug will be used in concert with an immunomodulatory drug. Together the drugs have excellent kill rates on myeloma cells.

3. VC-01 is a revolutionary idea that may actually provide a cure for type I diabetes. Pancreatic progenitor cells, derived from adult human tissue, are placed in a semipermeable membrane system and implanted in diabetic patients. The cells have the potential to produce insulin and other hormones naturally. Results have shown blood glucose control to be very good as the trials progress.

5. ONX-0801 is a drug being tested in the UK for ovarian cancer treatment which has shown impressive clinical results even in the Phase I trials by reducing tumor size. ONX-0801 enters cancer cells by resembling folic acid. Ovarian cancer cells have numerous folic acid receptors on the surface, making it easy for the drug to gain access to the malignant cells. This means the patient's normal cells are not affected and the patient experiences very few side effects.

Our highly networked global civilization allows scientific and medical breakthroughs to spread more quickly than was once imagined possible. The medical research community of the world is becoming more tightly knit as scientists cooperate in clinical trials in multiple countries to improve the lives of people everywhere.