The paper is entitled “Whole blood stability evaluation of monoclonal antibody therapeutics using volumetric absorptive microsampling.” This mAbs study showed excellent stability of both trastuzumab and daclizumab even when the sampled Mitra devices had been stored at room temperature. 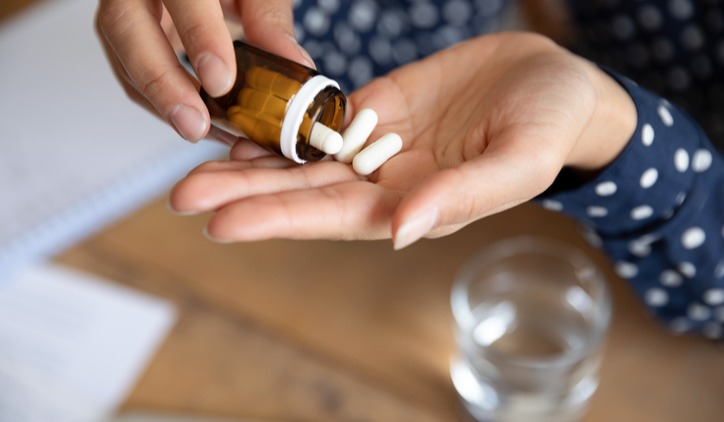 The first drug is trastuzumab, which was developed to treat HER2 positive breast cancer. This type accounts for 20-30% of breast cancer and has the second worst prognosis for the disease. HER2 is an epidermal growth factor receptor and acts as a tyrosine kinase which plays a key function in the growth of cells. It is often upregulated in cancers such as breast carcinoma.

It is thought that trastuzumab has three mechanisms of action: HER2 internalization, antibody dependent cytotoxicity, and inhibition of specific pathways that increase cell cycle arrest and suppress cellular growth and proliferation.

The second mAbs drug discussed in the paper is daclizumab, which is used to treat Relapsing Multiple Sclerosis. Interestingly, daclizumab was originally developed to prevent transplant organ rejection and to treat severe uveitis and T cell leukemia. This drug’s method of action is to block a critical part of the high-affinity interleukin-2 receptor (IL-2R).

Use of Mitra Devices for Large Proteins

The research group at Boehringer Ingelheim Pharmaceuticals had previously published on both mAbs drugs (trastuzumab and daclizumab) after Hua Li et al successfully investigated these in a preclinical pharmacokinetic study. They had chosen to use Mitra devices with VAMS for that previous study as well due to its volumetric nature.

In the current paper the authors stated, “Mitra® microsamplers stand out with their unique merits such as small volume requirements, accuracy, ease of use and elimination of cold chain shipping and biohazard costs.” They also said that because VAMS was a less invasive technology compared to standard wet sampling, it was preferred for vulnerable patients such as children and the elderly.

One observation that the group made was that although there had been a lot of Mitra microsampling studies investigating small molecules, there had been fewer focused on large molecules. For this reason, the group decided to conduct a follow-up study to investigate the stability of mAbs on Mitra devices and also extracts from the microsamples.

This thorough investigation into extraction stability demonstrated how stable monoclonal antibodies, or mAbs, are in dried blood microsamples collected on microsampling tools such as the Mitra® device. It is likely that the hemaPEN® device with its volumetric sampling approach would also produce similar results. It is always critical to conduct stability experiments which mimic the journey of the sample when validating methods, but certainly this and other studies show that antibodies (that have been tested) show sufficient stability for remote sampling applications.

This article was summarized for our readers by James Rudge, PhD, Neoteryx Technical Director. This is curated content. To learn more about the important research outlined in this blog, visit the original article in Bioanalysis.