what are the 3Rs and why do they matter?

Animals of many types have been used in experimental labs for preclinical studies. Although animal research have resulted in life-saving solutions and safer products, improved animal welfare has always been a serious concern. 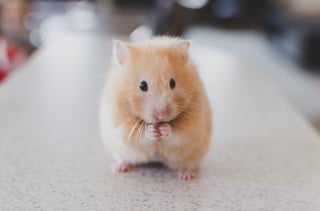 In 1959, Charles Hume, founder of Universities Federation for Animal Welfare, initiated a study of the handling of animals used for human scientific research. A group of scientists and animal welfare experts published the results in a book titled, The Principles of Humane Experimental Technique.

One significant result of the study and book was the initiation of a concept now known as the “3Rs,” the essential theme for continuing the use of animals for laboratory research. The 3Rs are:

“Replacement alternatives” is searching ways to perform the required experiments by other means without using animals. Some evaluations can now be conducted at a molecular level using in vitro samples and cell tissues without sacrificing the lives of animals. Prior scientific research findings, mathematical and computer models, and even human volunteers are now viable options for many types of studies.

“Refinement alternative” include design tests to reduce the amount of stress imposed on test animals. The suggested approach to pain and stress in animals is to compare a human’s response to the same exposure.

Expansion of the 3Rs

Scientists in the European Union, United States, and other countries are being held accountable by legislation to exercise restraint in handling laboratory animals. The initiatives require researchers to use a minimum number of animals in research and to engage them only when their involvement is scientifically and ethically justifiable.

According to an article by Bloomberg School of Public Health at Johns Hopkins, the Institute of Medical Ethics in the UK requires that project leaders must ascertain whether the use of animals is worthwhile before proceeding. Further, the study should use the minimum number of animals necessary, and the researchers must document adequate effort to consider alternatives in procedures that cause stress or pain.