the importance of vitamin d testing 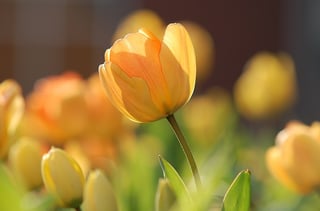 Studies have shown that Vitamin D deficiencies can trigger many significant health woes, including osteoporosis, certain autoimmune conditions, diabetes, depression, heart disease, and more. While the principal source of Vitamin D is sunlight (UVB), certain foods such as oily fish, milk, juices, and yogurts plus oral supplements can improve the levels of this nutrient.

According to a Scientific American article, using 30 nanograms/ml as a baseline, only 45 percent of individuals tested between 1988 and 1994 met that level of Vitamin D. A decade later, the number of study participants tested with acceptable levels had fallen to 23 percent, a reduction of nearly 50 percent. Much of the decline has been attributed to the growing concern of the adverse effects of the sun’s rays on the skin.

Who Should Be Tested for Vitamin D Deficiency?

Whatever the cause, the widespread presence of Vitamin D deficiency has led to a greater need for more individuals to consider testing. Though most people have less-than-optimal Vitamin D levels, individuals with a family history of certain conditions such as cancer, high blood pressure, osteoporosis, rheumatoid arthritis, and diabetes should be tested for Vitamin B levels regularly to determine treatment.

Vitamin D testing is usually initiated by a physician who determines the need based on considerations related to the patient’s health, gender, age, or other factors. Blood samples are taken, and the analysis can determine the existing levels of both D2 and D3.

Laboratory techniques and equipment now allow the accurate analysis of much smaller laboratory samples than in the past. Standard whole blood sampling might involve blood volume draws of 1.2 ml, more or less, while the latest microsampling methods draw as little as 20 microliters. Using the Mitra® microsampling device, patients may take blood samples at home from a single finger prick and send them by ordinary post to the physician or lab. This process, known as VAMS™, Volumetric Absorptive Microsampling, saves time, money, and improves the patient experience.