how to achieve the 3Rs in animal testing

In drug development, animals play a crucial part in the process of understanding how the biological system works in sickness and in health.

Due to ethical considerations, a concept that reduces (or occasionally eliminates) the use of animals in experimental research has been implemented. This is a concept known as "the 3Rs."

Principles of the 3Rs

The principles of the 3Rs are anchored in:

This concept was developed over 60 years ago and aimed at conducting scientific tests on animals in a more humane way.

Reduction is a method used when it is impossible to replace animals in research. Reduction aims at reducing the number of animals used while gathering the maximum amount of information possible. It is possible to achieve reduction through the application of techniques such as small-volume blood microsampling. Another is the use of imaging modalities that allows longitudinal measurements in one animal rather than culling.

Refinement is a method ensuring animals suffer minimal distress and pain during the research. Species-specific proper housing of animals is one of the key ways to promote animal welfare and it can be key in results. Even a small alteration of their environment may affect the testing outcome. Microsampling also ensures a minimal amount of blood is obtained for more comfort and less suffering.

The problem with the 3Rs 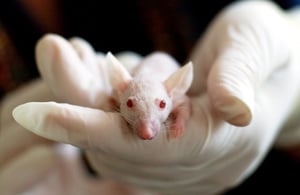 The 3Rs present an ethical dilemma. It is hard to optimize for animal comfort because, if the number of animals is reduced, pain increases as each animal used is subjected to several tests. The level of discomfort increases proportionally.

It is universally accepted that animal research is only justified if it generates value for society and science. This is an ethical conundrum that has been inherent in the implementation of the 3Rs.

The expanded use of microsampling technology in animal research, in the form of rat tail vein blood collection, provides one possibility for an ethical, scientific, and economical solution.