dna testing for pets: genomics goes to the dogs 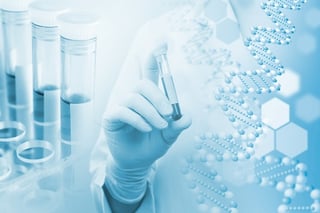 Watson and Crick may have had little notion, when they discovered the double helix structure of DNA, how far that molecule would go. In 1985, the uniqueness of each individual's DNA led a British forensic scientist to the identity of a murderer and DNA testing was born. Now the tests are available to anyone. Genetic disorders are the major concerns driving the upsurge in DNA testing. Hundreds of hereditary diseases can be detected and possibly avoided. But you can also find out if that family legend of an Apache ancestor is true.

Now, you can have your pet tested as well. Most people don't particularly care where their dog or cat came from. They love their furry (or feathered) friends for what they are. However, many people may be concerned about hereditary diseases and conditions, such as epilepsy and hip dysplasia. Vet diagnostics can provide those answers. Others may be concerned about the parentage of purebred animals. Some dog owners may test a puppy to get an estimate on how big it will become. Service dogs and emotional support animals can be registered through DNA footprints. Apartment and condominium complexes are starting to require DNA testing for all dogs and banning certain breeds.

Breeders of purebred animals do a lot of DNA testing because DNA can reveal traits as well as disease. 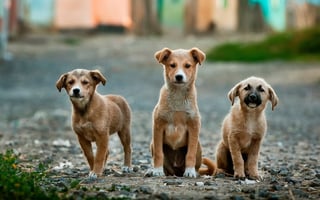 Vet diagnostics can provide peace of mind to pet owners or help them prepare if a disorder is found.

There is even a laboratory that will identify the dog that left its poop on your lawn. All you have to do is get swabs of every dog in the neighborhood.

Drop us a Line

The Mitra Device is a single-use, non-sterile device used as a specimen collector and for the storage and transport of blood or other biological fluids. It is designed to be used by laboratory and healthcare professionals, or end-users as a container to collect and transport blood or other biological fluids. It is not specific to any clinical test, and is not for use in diagnostic procedures. Use of the Mitra Microsampler in Laboratory Developed Tests (LDTs) requires further processing including the establishment of performance characteristics and successful validation by the laboratory in a manner consistent with CLIA and/or other regulatory requirements.
The Mitra Microsampling Device is a FDA listed Class 1 exempt device, CE-IVD self-certified in the UK and EU, a Class I IVD in Australia, and registered with Health Canada. Neoteryx operates a Quality Management System (QMS) that is based on FDA good manufacturing practices, 21 CFR 820 regulations, and ISO-13485.
Copyright © 2019 Neoteryx, LLC. All rights reserved.