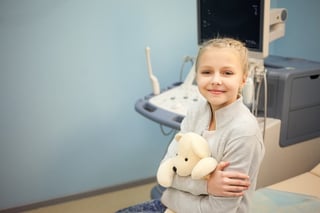 The world of pediatric clinical research has been wrestling with concerns about "minimal risk" and the use of placebos. Such challenges create opportunities, and as those questions are worked through, clinical trials involving children continue to produce exciting results. Here are some of the cutting-edge trials going on now.

1. Neuroblastoma is a heart breaking cancer. It almost always affects children, involving nerve cells in the adrenal glands, chest, neck or spinal cord. In children who are less than one-year-old, the prognosis is generally very good, but not all neuroblastoma kids are lucky and conventional treatment sometimes doesn't work. Now there are clinical studies going on that combine chemotherapy and immunotherapy, producing a synergy that is raising the survival statistics.

2. CAR T cell therapy is being studied at Memorial Sloan Kettering. CAR T cells are chimeric antigen receptor T cells. These T cells are removed from the patients and edited genetically so that the altered T cells will recognize certain proteins attached to the surface of leukemic cells. This group of children have failed conventional chemotherapy. The CAR T cell therapy has excellent potential for increased survival in Acute Lymphocytic Leukemia.

3. Some studies investigate new drugs, others investigate new approaches. The Weill Cornell Pediatric Brain and Spine Center has a new study which will determine whether injection of therapeutic drugs into a systemic vein works as well as injection into an artery that supplies the tumor in the brain. And whether the arterial approach is safe.

4. Tourette's syndrome, an inherited disorder, consists of facial tics and behavioral problems such as inattention, hyperactivity, obsessive-compulsive behavior and copralalia. It can be a lifelong problem, but many people find that the symptoms tend to ease after the teenage years. The psychological impact, however, is often permanent. A new drug, ecopipam, is being evaluated for its efficacy in reducing the number and severity of tics with encouraging results.

5. Cystic fibrosis (CF) research has extended the lives of many CF patients, but there are certain mutations which result in a more severe form of the disease. Recent Phase III trials showed that combining two drugs, Tezacaftor and Ivacaftor, results in significant improvement in lung function. The next step is a new drug application for the combination therapy.

Pediatric research is expanding as international academic centers come on line, offering more facilities, more researchers and the accessibility to a much larger cohort in extremely rare diseases and syndromes. 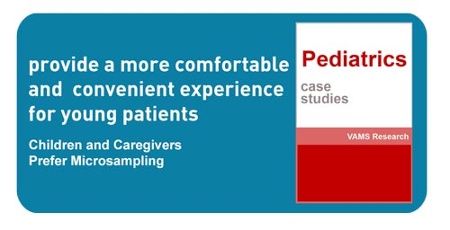